A Transmutation Agreement is a written agreement between married persons that modifies the character of assets owned by them during marriage. Modification can go both ways. A separate property asset can be modified to be part of the community property, and an asset that belongs to the community property can be modified to be one spouse’s separate property.

If one of the parties owns a home before marriage, for instance, that property does not form part of the community property. It is the spouse’s own separate property. If this spouse wants to put the house in the names of both parties after the marriage, they need a written transmutation agreement. This assures that the outcome is what the parties envisioned.

In a transmutation agreement, the parties stipulate things like whether the transfer of the property only conveys future appreciation of the property, or conveys a present equitable interest. In case there is no explicit agreement regarding the matter, the former is usually the default provision.

In California, you might be surprised that there are common circumstances that would require a written Transmutation Agreement. Without a written Transmutation Agreement that complies with the complex rules imposed by statute and jurisprudence, these seemingly common transactions may not transfer any equitable interest. Some examples of these common transactions are gifts between spouses or transfers of an interest in corporate stock.

Texas is a “community property” state. This means that, absent other agreement between the parties, in the case of divorce, both spouses will share equally in all of the property acquired during the marriage, as well as all debt incurred. Property acquired includes real estate, savings, pensions, etc. Couples can use prenuptial and postnuptial agreements to limit how this property and debt division will affect them.

A prenuptial agreement, also known as a “prenup,” is a written contract drawn up by a couple before they are married. It typically lists all of the property each person owns as well as any debts and specifies what each person’s rights to the property (and the debt) will be should the marriage end by divorce or with the death of one spouse without a valid will.

Spouses can use prenuptial agreements to clarify financial rights to property, protect themselves from the other spouse’s debts, and avoid costly arguments in the case of divorce. Prenuptial agreements often intersect with other areas of law such as probate, insurance, and federal ERISA law (dealing with pensions.) Because of these complex issues, drafting a prenuptial agreement is a complex endeavor best undertaken by an attorney.

A postnuptial agreement is a written contract signed by the two spouses in a married couple that specifies how they will divide property and debt, and how spousal support will be determined if they should divorce. It differs from a marital settlement agreement in that spouses signing a postnuptial agreement are not currently involved in (and are usually not contemplating) divorce. 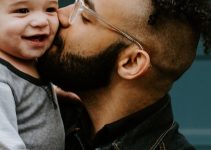 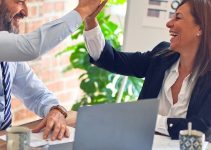