Divorce petitions are filed at the county clerk’s office of the county of residence. If both individuals reside within the state but within different counties, either may petition for divorce in either county. If an individual resides outside of Texas’ state lines, he or she may lawfully file for divorce in his or her spouse’s Texas county.

Upon filing an individual must reside in the county of filing for a minimum of ninety days prior to filing. Individuals serving in the United States armed forces and stationed in Texas are considered state residents after six months and must also submit to the ninety-day county requirement.

All divorce cases are to be handled by the district clerk’s office in the county of residency. Files will be held here until the court hearing date.

Find a Texas Divorce Attorney Near You

In order for a divorce to be legal, it must be based on legal divorcing grounds. Divorce grounds are the reason why the individual or individuals request a divorce. An individual filing for divorce will need to state his or her reason for the divorce and then prove these grounds before the court.

Individuals may also petition for divorce together and file on decided grounds. Each state has its own set of divorce grounds that may not be legal in any other state. Texas divides its divorce grounds into seven categories.

Individuals may petition for divorce on the grounds of No-Fault. These grounds state that no one is responsible for the divorce and the marriage has failed due to conflict and irreconcilable differences. Marriage counseling often precedes divorce filing based on No-Fault grounds.

Felony conviction grounds state that an individual was convicted of a felony and sentenced to imprisonment for a minimum of one year in a state or federal facility without pardoning. However, no divorce is allowed if one spouse was convicted on the testimony of the other spouse.

Grounds based on confinement into a mental hospital are possible if an individual is confined under the reasons in Section 571.003 of the Health and Safety Code. In order for a divorce based on these grounds to be legal, the individual must be confined for a minimum of three years without the hope of a full recovery or improvement.

Couples seeking a divorce in any state would be wise to learn the divorce laws in their state because each state has its own divorce laws. Although your lawyer will likely be able to walk you through the divorce process, educating yourself is still highly recommended. This article will take a look at some of the compelling Texas divorce laws including the legal requirements for divorce the counseling requirements, the division of property laws, and the laws pertaining to alimony and child support.

Legal Requirements for a Divorce

Is Texas a no-fault state in a divorce?

A divorce may be granted without fault if either party petitions for the divorce stating there are irreconcilable differences. There are situations in which a divorce may be granted on a fault basis. These situations include cruelty, adultery, the conviction of a felony, and abandonment. A divorce petition may also be filed when there is confinement in a mental facility. Additionally, couples who have been living apart for at least three years may also file for divorce.

How does adultery affect divorce in Texas?

Texas law allows a spouse to allege adultery as grounds for divorce; however, a finding of adultery really has no legal significance unless it is a reason to award more of the community estate to the victimized spouse.  Even if you do convince the court that your spouse committed adultery, the court is still not obligated to make its final ruling on the basis of fault.

What is Community Property in Texas?

The State of Texas is considered to be a community property state. This means all marital property is subject to division in the divorce decree. This includes all property acquired jointly by the couple whether or not the property is in the state. The way in which the property is divided will be in a manner deemed to be just by the court system. This does not necessarily mean the distribution will be equal but it will be divided in a manner the court decides is fair. Property that is not considered to be a marital property will not be divided and will remain in the possession of the partner who owns the property. 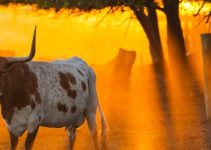 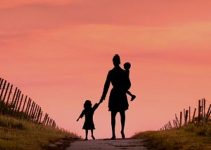 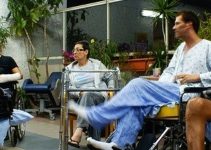