If there is no way to reconcile your marriage in California, you have a few alternatives to end the relationship with your spouse. Divorce, nullity, and legal separation all serve to change your marital status.

The grounds for divorce may be based on several factors, including incurable insanity. In this case, one individual will be held responsible for the failure of the marriage. The individual in question will first need to be evaluated by a professional who will later provide testimony in court.

By law, the individual who has been evaluated to be insane must be in this condition when the petition is filed and will need to remain as such throughout court proceedings. When a divorce is granted due to incurable insanity, the petitioner is still required to support the former spouse as stated by the court.

As of 2005, all California couples who register with the state are entitled to many rights and obligations as married couples. This progressive law changes the way same-sex and domestic partners will want to think about their relationship. In order to register with the state of California, you must meet certain requirements. With these rights come obligations, including the processes to terminate the relationship, support, maintenance, and other martial obligations. To learn more, speak to attorney Daniel Jensen about California’s domestic partnership and cohabitation law.

In order for a spouse to be able to apply for a Petition for Dissolution of Marriage in California, the Superior Court must have jurisdiction over your case. There are residency requirements to be followed, which include one of the residents residing in the state for a period of at least six months. They must also reside in the county in which they are filing for divorce for three months preceding the filing. Usually, Dissolution of Marriage will be filed in the county in which the filing spouse resides California Code – Sections: 297, 298, 2320, 2339.

The husband and wife may each have separate home, depending on proof of the fact, but not upon legal presumptions.

When you have questions concerning a party’s obligations and rights to a child, you may need help establishing paternity. One way to establish legal paternity is to file a complaint with the California Superior Court. With the use of DNA paternity testing, the court will rule on the paternity of your child. If you are an unwed father or mother seeking to establish your paternal rights, you must act immediately. Failing to contest or establish paternity in a timely manner may affect issues such support, custody and visitation rights.

In order to receive child support, or be awarded custody and visitation, the court must declare legal paternity for unwed parents. You can sign a Declaration of Paternity stipulating to the paternity of your child. Failing to stipulate to a child’s paternity subjects you to a paternity dispute.

If you are being investigated or sued by the California Department of Child Support Services, you will need advice. Depending on your case, you may be able to contest paternity by submitting to a court authorized DNA test. DNA paternity testing conclusively proves paternity.

This paperwork will be submitted to the circuit court in the county of the individuals’ residency. Where the individuals reside will determine which court will receive the files. The Superior Court’s County Clerk’s Office will manage all the paperwork and present it at the set hearing date.

Grounds for divorce in California

Under California law, there are certain grounds under which the spouse filing the petition for divorce can ask the court to dissolve the marriage and these are outlined below:

Irreconcilable differences are determined by the court and as such will be very good reasons why the marriage cannot continue and would be better be terminated.

When terminating a marriage based on incurable insanity there must be ample professional proof that at the time of applying for dissolution of marriage the spouse was and remains insane for which there is no cure. California Code – Sections: 2310

When requesting a divorce in California the grounds for divorce must be declared. They must also be proved with evidence, otherwise, your application may be denied by the courts and your case may be dismissed. It is essential when applying to the courts that you realize there may be repercussions, so you need to understand the grounds.

Division of property when divorcing

When dividing property the following is taken into account:

Any children involved in a marriage will have to be taken into custody following the divorce’s completion. The court will take into account several factors before awarding custody to one parent or joint custody to both parents.

The court will also review the emotional state of the child and if removal from one parent’s home to another is in his or her best interest. Visitation rights will also be established if any are to be given.

The California court considers many different matters when deciding who has child custody. These are as follows:

Of course, the court of California will always do what is in the best interests of the child. They would also prefer that the spouses are able to reach an agreement between themselves as to child custody issues. 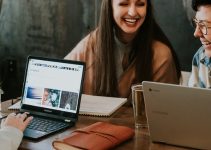