There has been much publicity about the New York City Police Department’s policy of seizing the cars driven by allegedly drunk drivers. Under the New York City Administrative Code, law enforcement authorities can seize property if it can be shown to be the proceeds or instrumentality of a crime. The theory behind such seizures is that the car is the instrumentality of DWI. Without it, there can be no crime. While considered “civil” in nature, the punitive effect of such a seizure can be devastating. A car which is worth $50,000.00 or more can be seized and ultimately forfeited to the NYPD even though the maximum monetary criminal sanction that can be imposed is a $1,000.00 fine. What’s worse is that since the proceeding is strictly civil, it doesn’t matter if your criminal case is dismissed or even if you are acquitted at trial. The NYPD Legal Department can try you again, this time in civil court, where the burden of proof is much lower. Instead of a fine or jail, the result can be the loss of your vehicle.

The United States Supreme Court and Congress have carved out certain limited defenses in property forfeiture cases. If the car driven belongs to an “innocent third party” who had no cause to believe you would be driving it while intoxicated, there is a valid defense to the forfeiture proceedings. In such cases, the outcome hinges on whether the owner had knowledge of the driver’s intention. In a case where the owner doesn’t give permission to the driver or the driver essentially “steals” the car by taking it without express consent, there is a good defense. Or, in a case where the owner has no reason to know the driver will be out drinking, the owner should get the vehicle back. Cases where you are driving your spouse’s car are more problematic, especially where he/she knows you have a prior conviction for DWI. Spouses will be deemed to know more about the driver’s intent than a stranger or someone without knowledge of the driver’s record for DWI, if any.

The NYPD must follow a strict procedure in order to initiate a forfeiture action. Following seizure of the car and the arrest of the driver, the owner will typically make a demand for the car. This must be done at the place designated by the NYPD for such demands, usually at the pound located in Whitestone, Queens . To make the demand proper, the owner must present proof of ownership, a certificate of disposition from the Court showing that the criminal case is over and the District Attorney’s signed, written consent to release the car, stating that it is no longer needed in the criminal case. This procedure is strictly adhered to and if not followed precisely, your demand will be deemed improper and not honored to the extent required. Most likely, upon presenting these documents to the property clerk, the owner will be given a form with a number in the top right hand corner that starts with the letter “F” . This is the identifying number to be used when referring to the car demanded. Any discussions with the NYPD Legal Bureau will be preceded by a demand for the “F number.”

Procedurally, the NYPD must then sue you for forfeiture of your car within a specified time period or they must honor your demand for its return. This means that you must be personally served with a summons and complaint that names you, the owner, and possibly the driver (as the “beneficial owner”) as the defendant (s) and the Property Clerk of the New York City Police Department as the plaintiff. If the demand you made at the Property Clerk’s office is not technically proper, the time limit will not start and you will be waiting forever for your car or for the opportunity to try to get it back.

A recent decision of the United States Court of Appeals for the Second Circuit, which covers all of New York, gives motorists significant additional rights to contest the immediate seizure of their vehicle. The Court has ordered that “promptly after their vehicles are seized… (motorists) must be given an opportunity to test the probable validity of the City’s deprivation of their vehicle…” while the case is pending. In other words, the City or other government authority can just take your car any more and hold it indefinitely while the case drags through the court system. Now, you are given the chance to get your car back shortly after it’s seized by showing the police did not have the right to take it. For example, if you weren’t drunk at the time of the seizure or if the car belonged to an “innocent third party”, you could show that to a judge or hearing examiner and get the car back.

This is a significant improvement upon what had previously been a difficult situation for t he motorist. Now, you have the chance to contest the seizure promptly after it happens and show that you’re entitled to your car back. While the appellate court left it to the lower courts to decide exactly how and when this opportunity is to be afforded to motorists, it opens up a new area for litigation that can be used effectively to get people their cars back.

New York DWI cases can be brought under one of two theories: either violation of the DWI “per se” law (which is based only on alcohol level, not driving impairment) , or under a traditional “common law” theory (where the prosecution must prove that the driver is intoxicated) . Intoxication, for the purpose of Vehicle and Traffic Laws, is a condition where the motorist lacks the necessary physical and mental skills to operate a motor vehicle as a reasonable and prudent driver. New York DWI arrests based on the common law theory do not require any measurement of BAC ; they may be based entirely on the opinion of the arresting officer.

DWI cases can be “aggravated” (with harsher punishment) where the BAC is .15 or more, where there is a traffic accident, refusal to take the chemical test, or any other attempt to evade police or flee the scene of a DWI accident.

New York DWI law is unique, in that it gives all motorists a qualified right to consult with a DWI lawyer before deciding whether to take or refuse the chemical test. (It is “qualified” because those arrested have a right to call and obtain advice from a DWI lawyer, but the police do not have to wait for that lawyer to show up.) New York DWI Lawyer Ronald Meltzer knows how important your quick access to a DWI lawyer is and he is waiting for your call. It is critical to consult with a qualified New York DWI attorney before deciding this issue, since taking or refusing the test is an important and complicated decision following a drunk driving arrest.

Driving under the influence of alcohol is a crime in New York City that creates serious consequences for people who are accused. A New York City DWI can range from serious to complex and have various penalties depending on your circumstances. Those with multiple DUI offenses may face long term state prison sentences. Getting a New York City DWI poses several life-changing consequences for those who are convicted. If you are convicted of DWI, you will have a criminal offense on your personal record, you may lose your driver’s license , face a prison sentence, pay outrageous fines and fees, and have your insurance premiums increased or even cancelled . These penalties all depend on your specific DWI case.

In New York City, the DWI laws are stricter than ever before. They have implemented a law that allows police to seize the vehicles of accused drunken drivers. According to the New York City Police Commissioner, fatal accidents involving drunk drivers decreased 28 percent after the start of the program. New York City DWI info is available to all residents and visitors to inform them of the drinking and driving laws and how it could affect an individual if they were to be arrested for DWI . There are serious consequences to face, which may include jail time. It is important to pay attention to New York City DWI info especially if you are visiting, and plan on drinking.

Dealing with a New York City DWI on your own may not be as beneficial as using a professional and experienced New York City DWI Attorney . The DWI Law Office of Ronald Meltzer has had years of experience and is qualified to defend your DWI case . His strategies and tactics may be enough to prove your innocence. 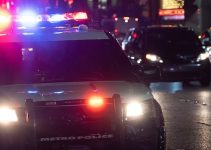