Can a Divorced Parent Sign a Waiver and Indemnity Agreement for Their Child to Participate in Recreational Activities?

There are dozens of kinds of recreational activity providers, many of which target catering to kid’s parties as a business model. These include bouncy house parks, trampoline parks, exercise and fitness centers, obstacle courses, and Ninja Courses. Most of these businesses have one thing in common—you must sign a waiver (release form) and indemnity agreement in order to participate.

If you are underage, then your parent or guardian must sign the waiver (release) and indemnity agreement. While all parents who sign a waiver and indemnity agreement form are potentially giving up their kids’ ability to seek action if the facility negligently causes an injury, divorced parents face another associated risk that could leave them personally responsible.

They have the right to void a contract that was signed on their behalf if it was not in their best interest. So, when the parent signs the form, the child can void it and still sue whoever was negligent when they were injured. The parent, who has the right to collect the medical bills, can still be blocked from collecting the medical bills until the child’s eighteenth birthday if the parent also signed the same waiver.

A good example of an indemnity agreement is an auto liability insurance policy. This can also be joined to a contract between a person engaging in a recreational activity and the participant to make the participant assume the responsibility for the company’s own negligence.

Parents normally have to sign both a Release and an indemnity agreement before their child is allowed to participate at trampoline parks and other recreational businesses. This is a contract. So, a minor can have it declared void as it relates to the minor. However, the parent is bound by it.

When a child is injured, neither the waiver nor the indemnity agreement can be broken. The child can be sued on behalf of the other parent. The company, on the other hand, will be able to file a cross-claim against the signor parent and sue them for the amount of the judgment plus their attorney fees. Because the debt is community property, both parents will end up owing it. As a result of the waiver and indemnity agreement, both parents are discouraged from filing a claim.

When a child’s parents divorce, the release and indemnity agreement has the same effect as if the signing parent had signed it. However, it does not have the same deterrent effect on the non-signing parent.

Because the non-signing parent is no longer married to the signing parent, they are not subject to the community property debt. Even more so, because they are unconcerned about the other parent incurring additional debt, they can file a claim for the child and then have the company sue the signing parent for the judgment and attorney fees.

They are extremely dangerous to sign whether you are single, divorced, or married. If you are divorced and want to allow your child to participate in an event that requires the signing of a waiver and indemnity agreement, you are far better off letting your ex-spouse sign the document. At the very least, you should never be the only parent to sign for your child; have your ex-spouse sign as well.

If you have any questions about the topic that we have just covered, please check out our Top Houston family law attorneys that offer consultations that are free-of-charge at our office or over-the-phone. With a consultation, you experience a great opportunity for asking questions and receiving feedback about your circumstance. We hope to hear from you with any questions you may have. 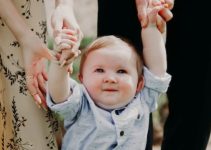