In times like this, with economic uncertainty and many Americans out of work, I see more accidents where the negligent party had no insurance coverage. In many states, including Texas, the law requires motorists to carry insurance coverage, and proof of coverage is necessary to get title to a vehicle. Unfortunately, many policies lapse due to the nonpayment of the premiums. If a person gets into a car accident without insurance coverage, we call them uninsured motorists.

If you get into an accident with an uninsured motorist, your chances of recovery against them personally are slim at best. You will still have the right to sue them for your damages, but collecting is a wholly different story, and in Texas, almost always fruitless.

Once you find out the other driver was not insured, you provide that information to your carrier, who then has the burden to prove that the negligent party did have insurance coverage.

The effectiveness of uninsured motorist coverage is to put you in the same position as your own insurance company that you would have been if the negligent driver had range.

Many would expect that their own insurance company would be fair in evaluating their injuries and make a fair and reasonable settlement proposal to them on an uninsured motorist claim. That does not appear to be the case in Texas.

Perhaps sometime in the future, when Texans get fed up with getting a raw deal from insurance companies, we will stand up and say enough is enough. Texans will demand consumer protections from our elected officials. Until that time, look for the best personal injury attorney.

Many people wonder what they will do when they get into a very serious car accident and the wrongdoer has a minimum limits insurance policy, which does not cover their medical expenses, or compensate them adequately for their injuries.

If you have been in a serious car accident and are concerned about insurance coverage issues is best to speak with a personal injury attorney as early as possible after the accident.

Every state in the country has adopted its own vehicle insurance statutes. Those who have a vehicle licensed in Texas must carry liability insurance at all times. According to the Texas Department of Insurance:

Liability will pay for necessary medical and repair expenses for the other party following an accident for which the insured is responsible. The state has mandated a minimum level of coverage that is considered acceptable.

Liability minimums in TX are:

Statistics show that the number of underinsured and uninsured drivers on state and national roads is alarming and the consequences of these circumstances are far-reaching.

In a pilot program two years ago state troopers began an insurance verification program. In a test run of a single county over 25% of drivers were found to be uninsured. The troopers stated further that in some counties they expect that over half the drivers are uninsured. That is an astounding conjecture but not altogether unbelievable in these challenging economic times.

For many, it has come down to the choice between auto insurance and their family’s more immediate needs. Unfortunately, it’s a frightening risk to take.

Insuring a motor vehicle of any type against the eventuality of a collision in which property or personal injury and damage may occur is an accepted cost of the privilege of driving. Yet, particularly in recent years with an economy in disarray and unemployment figures in double digits – millions of drivers continue to join the ranks of the uninsured.

They may reason that ‘you can’t get blood from a turnip’ and the cost and damages of any accident will be unattainable by a plaintiff should they get hurt by a negligent driver without insurance (unless the victim carried uninsured motorist coverage on their car policy). Unfortunately, this has proven true on a number of occasions.

According to one resource, the number of uninsured motorists in the United States hovers around 14% of all persons who slide behind the wheel of an automobile or truck. In real terms, this means that there are literally tens of thousands of uninsured drivers on American roadways at any given time – a reality that is problematic for everyone. In Texas, the number runs higher according to estimates.

The question for the responsible driver becomes – ‘what can I do to further protect myself and my loved ones in the case of an accident with an uninsured motorist’?

More and more drivers are purchasing uninsured/underinsured motorist coverage with their policies. In the eventuality of an accident – the driver and passengers are then protected in the case of the lack of insurance coverage by the other party. This ensures there will be a little delay in paying for such things as medical costs, property damage, and more.

Although this may seem to be an additional and frustrating cost to bear as a driver – it is always better to be prepared and if you are ever in a very serious car accident you will be glad you paid for the coverage.

When in doubt, talk with your insurance agent about the costs and coverage available to protect your family. 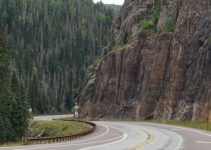 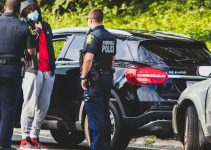 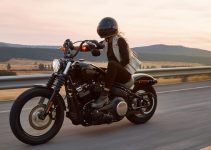