How to File Bankruptcy in Massachusetts

Upon petition granting, a personal payment plan will be set up for each individual circumstance. Certain circumstances will be taken into consideration before a plan is placed, including the overall income of the household, the number of people residing in the household, and the amount of debt to be handled. The payment plan will allow individuals the opportunity to make designated monthly payments for a maximum of five years to eliminate all debts. A plan can be set up for three years but no plan by law can exceed five years.

Once a petition has been granted, a trustee will be assigned to the case. He or she will determine which kinds of property are to be liquidated for value sale. Massachusetts has many property exemptions to what can and what cannot be liquidated in Chapter Seven bankruptcy. Individuals also have the right to choose the federal exemptions statutes instead of choosing the Massachusetts statutes for property liquidation.

The compensation acquired through the sales will then be used to pay creditors, after the trustee has received his or her required payment. This entire process can take anywhere from three months to six months. Chapter Seven bankruptcy is not as advisable as Chapter Thirteen bankruptcy, in most cases. 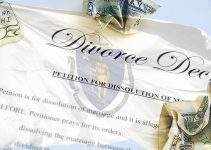