Criminal homicides can include a variety of particular circumstances. However, they must be carried out by an individual who is aware of his or her actions and of the immorality of the act in which he or she is engaged. Criminal homicide also requires intent. Accidental death is not considered homicide unless it is the result of the killers ignoring the odds that their actions would result in the death of another person.

Intent to kill can be determined by the use of a deadly or potentially deadly weapon, or if there is proof the killer planned out his or her actions in advance. There has been a growing movement to consider cases in which a fetus is killed along with the mother as instances of a double homicide, and thus, as much more serious crimes.

Homicides are charged according to two separate systems. The first system was developed in Pennsylvania and recognizes three different degrees of homicide. The three degrees are a murder planned out in advance, a murder that occurs during another premeditated crime, and murder that happens when the killer intends serious, but not fatal, harm to the victim.

Non-criminal homicide covers any killing which is not considered a felony. The most common reason a homicide is found to be non-criminal is that it is found to be an instance of self-defense instead. Self-defense also includes the protection of other people if they are unable to protect themselves at that moment. For example, murder in defense of someone who has been beaten unconscious would fall under the purview of self-defense.

Homicide committed by a police officer in the execution of his lawful duty may not be criminal, so long as the officer demonstrated every reasonable effort to restrain his or her use of force. The use of deadly force by both the police and individuals practicing self-defense must be in proportion to the violence they are facing. The killing of an individual in war is usually not considered criminal.

The rarest circumstance under which homicide may be considered non-criminal is if the killer can provide evidence that he or she was suffering from a psychosis, either temporary or long-lasting. It is very difficult to establish an insanity defense in such a way that it will be permissible in court or accepted by a jury.

The most common State-sanctioned homicides are capital punishment, also known as the death penalty. Not every State permits the death penalty, and the United States is one of a few countries in the world that still executes its citizens. The second and third types of State-sanctioned homicides are very closely related and relate to the actions of law enforcement officials.

The second method of State-sanctioned homicide refers to police officers who are forced to kill dangerous criminals while those criminals are attempting to flee pursuit. This justification of deadly force can only be used if the criminal is actively threatening the life of another person, as in instances of self-defense and law enforcement has exhausted all other options to apprehend the criminal.

The final circumstance of State-sanctioned homicide covers situations when a police officer attempts to stop an individual who is escaping from or who has already escaped from jail.

Recent studies have shown that international homicide rates are at their highest in poor areas of the world. This is true on both an international level and a domestic level. Southern Africa is one of the most lethal regions in the world with 37.3 homicides for every 100,000 people there. Western Europe is among the least lethal with only 1.5 homicides per 100,000 people.

El Paso, Texas, which has 250,000 fewer people has a homicide rate of only 3 homicides per 100,000 people. Louisiana has had the highest murder rate in America for many years with a murder rate more than twice the national average.

Reckless homicides occur when the killer acts without regard to the likely outcome of their actions. Depending on the level of recklessness exhibited by the killer it may result in a charge of murder or manslaughter. In the event it is considered a murder, it is often charged as second-degree murder and called a “depraved heart murder.” If the killing is considered manslaughter it is usually prosecuted under involuntary manslaughter laws.

Regardless of a manslaughter or murder charge, reckless homicides occur when the defendant did not intend to cause the death but acted in such a way as to ignore the probability that death would likely occur.

Vehicular homicide is when the killer uses their vehicle with the specific intent to kill or harm another individual. If the death occurred as the result of the killer’s being intoxicated it is more likely that vehicular manslaughter will be charged due to the negligence associated with drunk driving.

Some studies suggest that when sentencing in vehicular homicide cases is left to the discretion of juries it may result in shorter sentences than those handed out in other homicide cases. 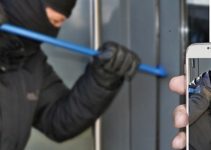 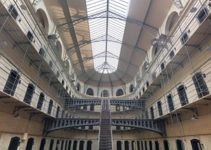