In the state of Georgia, a defendant has several plea options in addition to pleading guilty or non-guilty. Georgia’s First Offenders Act was first passed in 1968. It is referred to as Georgia’s “second chance law” because it allows first-time offenders to learn from their mistakes and move on with their lives without the stigma of a criminal record affecting their lives and careers.

When you think of criminal verdicts, you may either think someone is guilty or innocent. There is a third plea that is available: a no contest or nolo contendere plea. Nolo contendere is Latin for “I do not wish to contest.” The plea essentially means you will accept conviction and punishment for the crime but you do admit guilt.

Someone who pleads nolo is often not guilty but wants to avoid trial. Due to the fact you will still be sentenced as if you were found guilty, many people wonder what the benefits of pleading nolo may be. One benefit to pleading nolo is protection in civil law suits of having admitted guilt. If you plead guilty to a criminal action and that same action also results in a civil law suit, your guilty plea may be used against you. An admission of guilt suggests the assumption of liability and responsibility for damages that arise from the crime. For example, if you plead guilty for a crime such as a robbery, the victim may be able to pursue a civil law suit seeking monetary compensation. You can only plea nolo once every 5 years per offense. The presiding Judge must approve the petition to enter the plea.

Despite a verdict, guilty plea, or nolo contendere plea, the court stays further proceedings and does not enter a judgment. Instead, the offender is sentenced to probation or confinement by the court. There is no finding of guilt. The initial offender is not a convicted felon. The GCIC record contains “First Offender Act” remarks during probation and/or confinement. The first offender’s acquittal and discharge have no bearing on his civil rights and liberties. As a result, the offender has the right to vote and bear arms because he has no criminal record.

According to Georgia Law O.C.G.A. 42-8-63, a discharge under this article is not a criminal conviction and may not be used to disqualify a person in any application for employment or appointment to public or private office. This code section, however, has no legal enforcement provision.

Under the Georgia First Offender Act, a defendant may request that the judge sentence them as a First Offender if they have not previously been convicted of a felony. If the judge agrees, the defendant must complete all conditions of the sentence, sometimes including jail. After all terms have been completed, the defendant will not have a criminal conviction on record. The court certifies completion and sends verification to the Georgia Criminal Information Center.

A disadvantage to the First Offender Act is that if there is any violation of the terms of the sentence, the judge can re-sentence the defendant up to the maximum sentence. Someone may only use this plea only once either for a misdemeanor or a felony.

Conditional discharge is typically used on charges of possessing less than an ounce of marijuana, possession of alcohol by a minor, or underage consumption. For conditional discharge, a defendant pleads guilty, and the judge assigns certain terms and conditions for the probation period. These conditions usually entail 20 to 40 community service hours, Driver’s Risk Reduction Program, an alcohol and drug evaluation along with any treatment recommendations, and payment of fines and court costs.

Similar in nature to a conditional discharge, drug courts are reserved for chose charged with felony possession of drugs. defendants are typically put into an intensive 2-year rehabilitation program. These programs include random drug/alcohol screenings, counseling, meetings in court with the judge. There are sometimes incentives for quality of improvement. 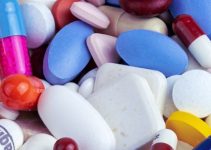 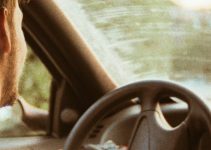