How to Bond Out of Jail

When someone is arrested, their first priority is likely going to be getting out of jail as soon as possible. The best way to do this is to post bail – cash, property, or a bond that is meant to ensure that they will appear in court. Bail is set by judges, and most people will get a bail amount soon after being arrested. Most common crimes will have a standard bail schedule, which sets a fixed amount of bail posted for each charged offense. This can allow someone to get out of jail quickly by posting the amount on the bail schedule.

The amount of bail you are required to pay will depend on the seriousness of the crimes you are charged with. Additionally, certain charges, such as murder, rape, armed robbery, and the sale of narcotics have no bail at the municipal level. Bail for these charges must be set by a judge in Superior Court.

The Eighth Amendment renders it unconstitutional for the government to use excessive amounts of bail to punish a person for being arrested or to raise money. Bail is meant to ensure that the arrested person shows up to court at the appointed time, and the amount posted must be reasonable for that purpose. Despite this, if a judge feels someone would be a danger to the community or at risk of fleeing if they are released from jail, they can set an excessive amount of bail to keep the suspect in jail until the case is over.

In certain situations, the bail may be set at a reasonable amount, but you may still be unable to pay it. Should this happen, you may have to wait to ask the judge to lower the amount of bail you are required to pay at your bail hearing. Depending on your financial situation, the judge may agree to lower your bail amount, allowing you to bond out of jail more easily. It is a good idea to hire an experienced attorney to represent you at your bail hearing, as they can help you achieve your desired outcome.

Several types of bond can usually be posted to release someone who has been arrested:

Getting Released on Recognizance

If you have been charged with a crime but are unable to pay your bond, you may be able to obtain a release on recognizance, which allows you get bail without having to pay your bond. You must be deemed eligible for bail by a judge, and you will still be required to sign a written promise to show up at your scheduled court appearance. Additionally, you may be required to abide by specific requirements, such as meeting with a probation officer or avoiding engaging in certain activities in order to stay out of jail.

Being released on recognizance is ultimately up to the discretion of the judge, which can make it difficult to predict whether or not recognizance will be granted. However, there are certain factors that can make a judge more likely to release you on recognizance. These factors can include: 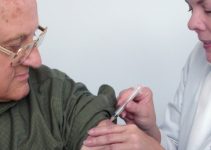