What is Impaired to the Slightest Degree?

If a driver over 21 with a non-commercial license is discovered to be operating a vehicle with a blood alcohol content (BAC) of.08 or above, they may face a typical DUI charge in Arizona. But there are other situations in Arizona that might result in a DUI as well. Another regulation intended to penalize drivers who are “impaired to the least degree” has been passed in Arizona. This takes into account a person’s driving abilities in addition to their actual BAC.

Prosecutors attempt to prove impairment by police testimony regarding Field Sobriety Tests (FST) or observations of impairment. For example, a police officer’s testimony that he observed the defendant had “bloodshot eyes and slurred speech” may be used by the prosecutor to prove impairment. If your BAC is .05 or less there is a presumption that you are not under the influence of intoxicating liquor. If your BAC is greater than .05 and less than .08, there is no presumption that you are impaired or not impaired, but the evidence of your BAC may be used with other reliable evidence in determining your guilt or innocence.

What does in the slightest degree mean?

ARS 28-1381 states that it is illegal to drive while “drunk to the slightest degree” under the following circumstances:

Police must have “probable cause” before making an arrest for DUI when the driver is even slightly inebriated. The police need to have reasonable cause, which calls for some solid proof. In the absence of .08% or higher DUI breath or blood test results, they would need proof such as a failed Field Sobriety Test, the driver admitting to being intoxicated, breath or blood test results showing a trace of alcohol or the presence of any drug that could have caused a mild impairment to their driving, and so on. The burden of proof lies with the prosecution to show that a driver was even slightly intoxicated when operating a vehicle.

The least degree threshold amply demonstrates the need for Arizona drivers to exercise their legal right to remain sober and decline a field sobriety test.

The smallest degree standard and field sobriety assessments are invariably based on an officer’s subjective observations of the behavior of the driver.

The decision of an officer may be based on observations like the following because this standard is not objective:

According to Arizona law, the least serious misdemeanor offense, an impaired to a slight degree infraction is handled as a Class 1 Misdemeanor.

Even a misdemeanor DUI conviction for a first offense can lead to jail time and long-lasting repercussions that restrict your mobility and future opportunities.

This charge states that it is unlawful for a person to drive or be in actual physical control of a vehicle in this state while under the influence of intoxicating liquor, any drug, a vapor-releasing substance containing a toxic substance, or any combination of liquor, drugs, or vapor releasing substances if the person is impaired to any degree, according to the Arizona Governor’s Office of Highway Safety. This conviction, also known as the Impaired to the Slightest Degree charge, might have a variety of repercussions. 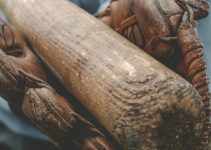