Not all states are created equal. Arizona may have beautiful winters but the summers can leave something to be desired. Ever spend winter in upstate New York? A winter there makes an Arizona summer seem like a walk in the park. Don’t get me started with Chicago. We could go on all day about what state has the best weather but this isn’t an article about the weather. This is an article about which state wants to take a chunk of your net worth when you die. This is an article about the death tax, or more properly, the estate tax. In early 2013, the Federal estate tax system was rendered rather innocuous for most people. The personal exemption from the Federal estate tax was set at $5 million and was indexed for inflation. For 2014 the exemption is $5.34 million. This allows a married couple to leave over $10.5 million to their heirs without being subject to the estate or death tax.

Many would assume that this is the end of the estate tax story. However, what many people are unaware of is that there are a number of states that also tax either the transfer or receipt of inherited assets. Two states even tax both. More importantly, all but two of those states have exemptions to the tax much lower than the federal government’s exemption. The following is a list of the states that have an estate tax, the amount of the estate exempted from the tax, and the maximum tax rate imposed by the state:

Seven states impose an inheritance tax on the property received by beneficiaries of an estate. Maryland and New Jersey impose both taxes. With the inheritance tax, beneficiaries of an estate based in the taxing are taxed on the amounts they inherit above the exemption. The exemption and the rate of tax varies based on how closely related the beneficiary was to the deceased person. Most states exclude amounts inherited by a spouse or child of the deceased individual. The following table shows the states that have an inheritance tax, the amount exempt from the tax, and the maximum rate the tax is imposed:

These charts clearly illustrate that not all states are created equal. It should be noted that where a state death tax is imposed, the amount paid is generally deducted from the estate before applying the federal estate tax. However, with the current federal estate tax rate at 40%, it is easy to see how significant a blow an estate can take when subject to both the federal estate tax and a state death tax. In New Jersey, for example, it is possible that amounts in excess of the federal exemption could be subject to a combined tax rate of 72%. If you have an estate that may be subject to federal or state death taxes, it is imperative to consult with a competent tax attorney to take actions that can significantly reduce the amount of tax your estate will be subject to. The best advice I can give, move to Arizona. Not only is the weather great, but there isn’t a death tax to snare you when you die. 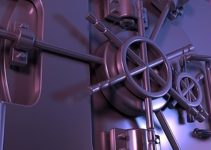 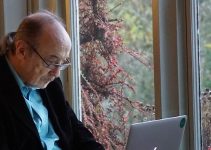