The state of Connecticut requires that all those petitioning for divorce be Connecticut residents for a minimum of twelve months prior to filing. If not all the necessary residency requirements are met, the case will be dismissed.

Connecticut only requires that one individual is of Connecticut residency at the date of filing. Those who are stationed in Connecticut for military purposes or who are on active duty in Connecticut are considered to be state residents. This includes both the Marines and the Armed Forces.

When applying for dissolution of marriage in Connecticut certain requirements must have been met. These are as follows:

Every divorce in the United State is required to be based on legal grounds. These grounds need to be stated at the time of the divorce filing. The individuals involved can agree upon the necessary grounds together or one individual may petition the court for a divorce on decided grounds. He or she is then required to prove these grounds before the court.

The second category is the Fault grounds. These grounds include fraudulent acts, adultery, the lawful confinement into a mental hospital for a total of five years, intolerable acts of cruelty, an extended and willful absence of no less than seven years, willful neglect, and desertion for a minimum of one year, or the imprisonment for a life sentence in a state institution or imprisonment of a minimum of one year for the involvement in violation conjugal duties.

Legal separation is required to be proven in court along with the amount of time where the individuals did not reside in the same home.

In order to apply for dissolution of marriage, there must be a good reason and the court in Connecticut will consider granting the divorce for the following reasons:

No-faults based grounds for divorce

Division of property during divorce

The court will consider the spouses’ contribution to the household, child custody, financial status, employment, opportunities for employment, marriage length, estates, liabilities, and education before awarding the property.

Under the marital separation agreement, the spouses can divide assets such as property between themselves. However, if they are unable to do this then the court will do it on their behalf. Connecticut is known as an equitable state, which means the property will be divided fairly. They will consider the following:

Child support may be asked for based on the following and this applies to either of the spouses: 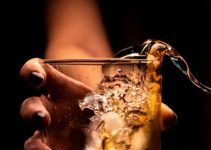