The California felony-murder rule attaches criminal liability to anyone who kills another human being during the commission of an inherently dangerous felony. The rule was established with the goal of holding people who engage in dangerous behavior accountable for harm to others. Because of this rule, the government can allege criminal liability for the death of another even if the accused did not intend for anyone to die during the commission of certain conduct.

In California, a person criminally could be liable for first-degree murder if a death occurs during certain types of felonies. These are typically more serious felonies and include robbery, kidnapping, rape, arson, and a few other less common crimes. If a death results during the commission of one of these felonies, the felony murder rule applies, regardless if the killing was intentional or not. The accused could be charged with first-degree murder.

To determine if a felony is inherently dangerous, the courts look at the legal definition of the crime, not the facts of the particular case. However, when the alleged felony can be violated in a number of ways, the court will look at the specific facts associated with the crime the defendant is accused of committing.

First-degree murder is defined as intentional, premeditated killing. This means that the individual considered his or her actions and their consequences and still decided to take action to take another person’s life. This doesn’t mean that a person has to have written out a plan and thought about killing his victim for a long period of time. A purposeful decision to kill another person can be made relatively quickly. Other ways in which the killing of another person can be considered murder in the first degree include killing another person through:

Second-degree murder is purposeful killing without planning ahead or occurs due to reckless behavior. This is different from first-degree murder as it does not require that the individual was intending to kill the victim before the incident occurred. The most common forms of second-degree murder occur as a result of:

Since second-degree murder is a sort of catch-all for all murders that are not considered first-degree, the potential penalties vary widely which is why having a California defense attorney by your side is the best thing you can do for your situation. Generally, a conviction of second-degree murder results in a sentence of 15 years to life. Some aggravating factors that lead to longer sentences include:

Specific categorization of crimes allows the Court to give detailed sentences that match the severity of the crime. In California, felony crimes have varying degrees. For example, if there was only one degree of murder, then anyone who killed another person would probably spend the rest of his or her life in jail.

There would be no room to consider the exact details of the crime such as it occurring in the heat of an argument or as another consequence of an action not intended to actually kill the person. The severity of punishments is all circumstantial. If you have been charged with a first-degree or second-degree crime, contact a California criminal defense lawyer immediately for legal assistance.

Often, the first degree of a crime has a very detailed description, and crimes that are of the same nature but do not fit the requirements for the first degree are considered second-degree. Crimes that are considered to be of the first degree are the most severe. These crimes typically involve planning, intending, or involving other people. First-degree crimes are almost always felonies. Second-degree crimes vary – some are felonies and some are wobblers, which means they can be either felonies or misdemeanors depending on the court’s discretion. If you have been charged with a second-degree crime, call a skilled California criminal lawyer immediately who can help mitigate the punishment.

The differences in degrees of murder and burglary are outlined below to show how these degrees can be defined in different crimes. Please keep in mind these are just general guidelines but are never intended to be legal advice. Always consult with an experienced and licensed California criminal justice lawyer as it pertains to your case. 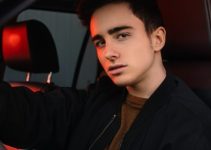 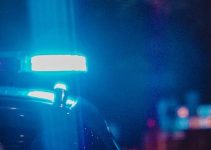 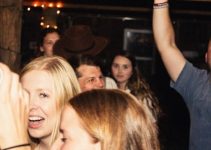