The world of sports is a great place to find examples of legal issues that illustrate important concepts. On ESPN.com, there is an article that fits the bill perfectly. In this instance, a college basketball team has changed its mind about playing another team in its con-conference schedule:

Barnhart told UMass he will cut the check to get out of a return series game scheduled for the TD Banknorth Garden in Boston on Nov. 24, but an estimated 7,000 tickets have already been sold for the contest. The arena and the Minutemen would have to refund those purchases, and overall, stand to lose an estimated $300,000 that the game would have generated.

What you’ve just read is a perfect example of a liquidated damages clause of a contract gone bad.

Usually when someone breaches a contract, the non-breaching parties’ damages would be determined by estimating what they would have made as a profit has the other side actually performed as they should under the contract. In this case, however, there was a clause containing a pre-determined amount of damages to be paid in the event one of the parties wanted to avoid performing their end of the deal.

The problem for UMass is that the liquidated damages don’t come close to covering their actual damages. Herein lies the problem. While UMass may have avoided an admittedly significant cost in terms of attorney fees, they have also lost out on the opportunity to recover damages that could have easily covered the attorney fees and then some. That doesn’t even take into account that most states allow for the recovery of attorney’s fees in addition to damages under a contract.

The best part of the article involves a bit of wisdom on the part of the UMass athletic director:

“This is a bad practice and maybe next time we should have a higher buyout,” McCutcheon said.

Maybe you should have a higher buyout? What I can’t figure out is whether this was the case of UMass doing a very bad job in estimating their likely damages in the event Kentucky were to cancel the game, or if perhaps Kentucky just did a really good job bargaining this agreement. In either case, this was a pretty expensive lesson for UMass to learn.

In either case, next time you sign a contract, look out for a clause specifying a pre-determined amount of damages. These clauses are frequently found in apartment leases, real estate sales contracts and construction contracts. Ask yourself whether you will be put into a difficult situation if either you or the other party should breach the contract. If you don’t feel like it’s a fair estimate of the damages that might be incurred, ask the number to be adjusted or removed entirely. If the other party refuses, just walk away. It’s better to do without that product or service than end up like UMass. 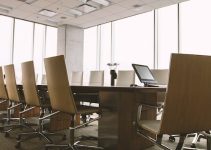 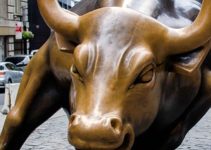 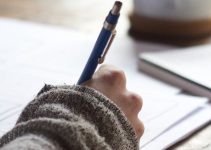